Home In Profile A born entertainer 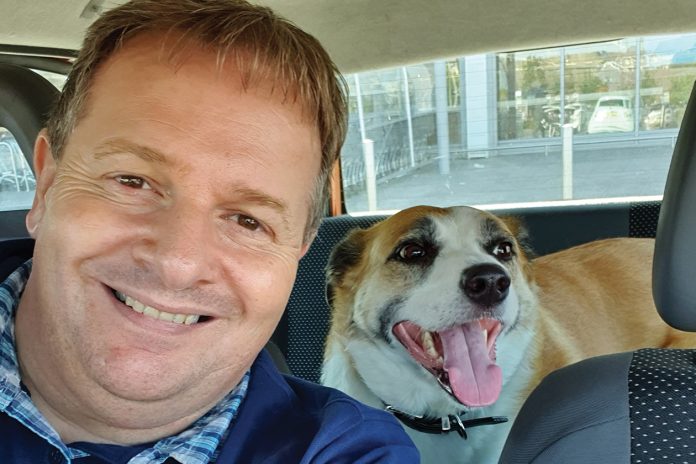 Shaun Homewood, the current Duty Manager at Mecca Swansea is an English export who was born to entertain, which he does regularly in club and with infectious enthusiasm. From as young as he can remember he wanted to entertain and his talent has seen him perform on more than one occasion on television and in front of Royalty.

Born in Dartford, Kent, in 1970, Shaun shares his place of birth with two very famous performers – Mick Jagger and the legendary Keith Richards – though his lifestyle is a little less rock and roll!

Having attended The Downs School in Dartford his passion for performance grew and, being so close to central London and theatre land he was eager to get out in the world and start learning. Knowing how competitive showbiz was Shaun knew he would have to be flexible about where he started work and was thrilled to land his first job at 18 with Pontins, in Brean Sands on the Somerset Coast.

“It was my first career job” Shaun said, “and I was proud to be a Bluecoat for Pontins at Brean, which is still there today. It let me find my feet and get a feel for what I wanted to do, which was to sing and be with people. The job involved singing, dancing and looking after the holiday makers, running competitions and activities: looking back it was amazing early training for bingo!”

While working for Pontin’s Shaun developed his singing skills and began taking on some professional singing and DJ jobs. His singing talents have seen him perform on three separate occasions on television, in addition to which he performed with the London Gospel Choir in aid of charity, in front of Princess Margaret, performing ‘I Believe I Can Fly.’

Shaun’s singing skills also earned him the unlikely accolade of featuring on bags of Walkers Crips, for their then ‘Salt ‘n’ Lineker’ range – thanks to the efforts of his agent. While Lineker has remained with the crisp brand, Shaun took his particular flavour and talents to bingo, where he got a warm welcome moving to South Wales in 1990. His first job there was with Castle Bingo, in Swansea, where he met his wife Donna, who was, and still is, an occasional player. Working in social services, Donna finds bingo can be a great break from the challenges of a very demanding role, working with special needs. Donna and Shaun joined forces professionally and romantically, performing as a singing duo, also then getting married in 2012. Together they have two children, Ben 27 and Ashley 25.

South Wales and bingo have become very much Shaun’s home and he has never thought about moving back east. Over the years he has worked for Top Ten Bingo in Neath, before heading back to Castle Bingo and then on to Mecca Swansea, where he has held a number of roles starting out as a customer service assistant.

When on duty at the club Shaun is the main event, but even when off duty he likes an occasional game, with his last night out at bingo, as a customer, landing him a £600 house! Outside of the club it’s building work in the garden that literally keeps him grounded.