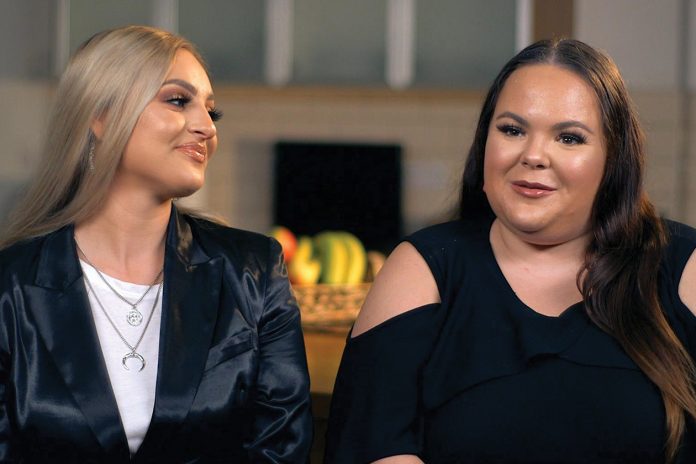 The original programme, shot in September 2019 and ready to air just as Covid hit in March 2020, was broadcast by BBC One Wales on the 19th August 2020 and again the following night. Reflecting the warmth and humour of bingo and the Welsh Valleys, the characters and situations were relatable not only in Wales, but UK wide; it’s the stuff of life, whether you play bingo or not.

Full House was the third most popular programme in August 2020 for BBC Wales, attracting an initial audience of 176,000: a fifth of the total available audience on the air date tuned in to watch, with nearly 11,000 additional requests on the BBC’s nationally available on demand service, iPlayer.

The programme was produced by independent production company Tuesday’s Child, with the co-operation and support of Majestic Bingo, but who was the driving force for getting the program made and why? That would be Jacci Parry, producer at Tuesday’s Child, born in Liverpool and now living in South Wales.

“I love bingo! I grew up with the game.” Jacci said.

“Every summer I used to go and stay with my granny Gertie in Southport and she’d take me (to bingo) with her four times a week. There would be my granny, my aunty Joyce and cousins around two tables and I’d play on their used cards. I’d listen whilst they shared their news and gossiped about family and friends: probably over-hearing things I shouldn’t!

“For many communities, then as now, the bingo club is so much more than a place for winning money. It really is a social hub, bringing together families and groups of friends and they all bring their lives and stories with them when they play. I’ve always felt there to be something magical about these spaces and stories to be told.”

In order to pitch the programme to a broadcaster and secure funding Jacci needed the support of an operator who was willing to work with her. As a player Jacci knew that she wanted an independent club and a real community club at that. Having approached a number of operators Jacci finally connected with James Taylor, HR Director at Majestic Bingo.

After some initial discussions James took the proposal to MD Mark Jepp: “When we were first approached by Tuesday’s Child I was clear that I wouldn’t want to do anything that was detrimental to bingo or its customers, or anything that could be perceived as being mean TV. But after the initial chats with Jacci and doing my own due diligence by reviewing some of their other productions, and hearing their thoughts on the programme about how it would shine a positive light on bingo, I was sold.

“The leap of faith, if you can call it that, was clearly worth it as the end result, in my view and the view of many others, is that it is probably the best programme about bingo that has ever aired, and fantastically covers why people go, their loves and their lives; all in a bingo sett ing which is a colourful backdrop to the programme.”

Once BBC Wales gave the green light, Jacci and team spent a lot of time out and about in the community, visiting the club and chatting to regulars – between games naturally.

Jacci said, “From the outset we were made to feel very welcome in Tonypandy. Pre-production never felt like hard work as the club regulars are such great characters and talkers they made casting easy. There were other great people and stories we had to drop from the initial programme as we were overwhelmed with material.

“Essentially we wanted to establish the broad range of people who play and love bingo: it’s no longer the pursuit of older women as it was maybe 30 or 40 years ago. What we found is that the demographic is skewing much younger, so people in their 20s and 30s play, couples, families – many of them multi-generational – and they all love a game of bingo. Also the Rhondda is a diverse community and we wanted to reflect this too.

“The game is almost incidental. Of course winning a tenner or even £5,000 is a bonus, especially in a community where for many, money is tight, but for me the real story is about the people who are rooted here.”

The combination of community and characters has proved to be a winning format with both audiences and the BBC, who have now commissioned a series of eight half hour episodes, that will initially air on BBC One Wales in the prime 7pm slot. Shooting for the series starts in February and will feature some old and new faces.

Mark Jepp said, “When Jacci called James to give us the good news that BBC Wales had commissioned a further eight part series to be shown during prime time, we were over the moon, as this will benefi t both Majestic by showcasing our community club in Tonypandy, and the industry as a whole.”

We asked Jacci why she thinks people enjoyed the program so much?

“It’s a joyful watch, full of compelling and surprising stories and big on humour. It’s full of characters who will become your friends and you’ll want to return to them time and time again.”

Full House is anticipated to air in May 2022, with potential for a second series.