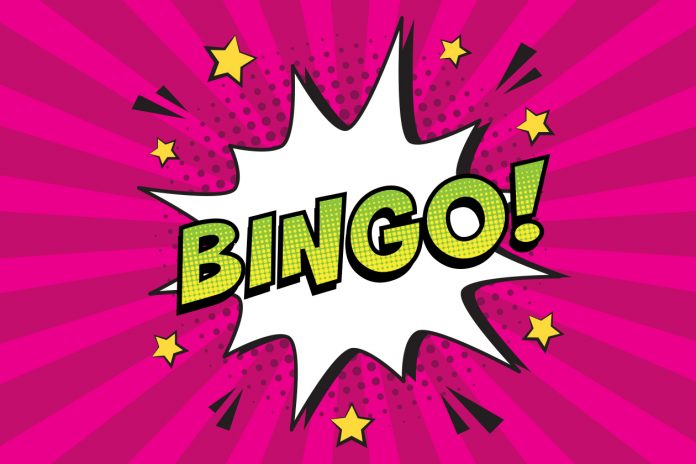 It’s been a difficult four months for bingo fans. When lockdown started at the end of March, all bingo halls around the country closed, only to reopen from the beginning of July. Even now, Scotland’s bingo halls will remain closed for another week at least, whilst some clubs will not reopen at all.

Despite the challenges, the UK bingo community found ways to get their bingo fix. Bingo events went online and streets, friends, and neighbourhoods got together for games of socially distanced street bingo.

Online bingo playing saw an increase, with many popular bingo sites seeing a surge in players. However, despite all the challenges and lockdown restrictions, it seems bingo is most definitely back.

According to a recent survey by Meccabingo.com, 1 in 5 millennials will play a weekly game of bingo, whilst 21 percent play bingo at least once a month.

Interestingly, the survey of 2000 bingo players showed that a staggering 41% of young persons prefer a visit to their nearest bingo hall than a night out clubbing.

Even with lockdown over the last four months, 39% of those surveyed in the Mecca Bingo survey have played with friends and family during the lockdown period.

It seems that for just under a third of bingo players have bingo ingrained in us since our childhood. 29% of respondents’ had childhood memories of playing bingo with their parents.

The survey also revealed that 46% of bingo lovers play online bingo, whilst 40% of those surveyed enjoy playing at traditional bingo halls. 22 percent of Brits play bingo at home with friends and family. Lastly, around 20% of bingo fans have gone on a date to a bingo hall with a potential partner.

“Bingo has a long history and it’s great to see it’s still as popular as ever with Brits from all over the UK.

“We’re seeing a resurgence with millennials favouring the classic game, and our research also indicates that plenty of Brits enjoyed Bingo throughout lockdown driving a renewed passion for the pastime.”

The survey of 2,000 Brits is part of the run-up to Mecca Bingo’s 60th anniversary next year, with the Rank Group PLC (LON: RNK) owned bingo company calling for any “Mecca Memories” people may have of the game.

“We’re proud of our heritage and want to look back and celebrate the last 60 years of Mecca and collect memories from across the country.”

Inside the bingo hall at the heart of the Rhondda