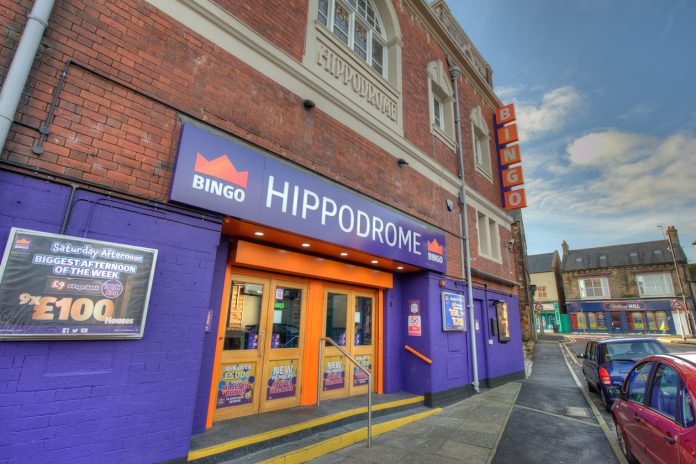 Nineteen year old bingo fan Rebecca Walton, from Durham, received an unexpected boost to her Thursday night at Hippodrome Bingo in Bishop Auckland, when she called ‘house’ on a life changing £50,000 Jackpot on the National Bingo Game.

Rebecca is a firm fan of bingo, not only as a regular player, going along with her mam, who introduced her to the game, but she also works in bingo! Not at her now ‘lucky’ club, the Hippodrome Bishop Aukland, but at Apollo Bingo in Durham.

Rebecca was out at bingo, with her regular bingo buddy, her mam, on Wednesday 26th August, playing at the evening session, when all her numbers came up on the National Bingo Game: as someone who works in bingo and is a regular player Rebecca knew she had won something, but was still not sure it was the big £50,000 Jackpot Prize until the caller confirmed it to the entire club.  A huge cheer went up and players applauded.

Rebecca said: “I still can’t believe it! I was shocked and completely overwhelmed: the best bit about bingo for me has always been that I get to spend time with my mam, but I am very grateful for the £50,000, which was totally unexpected.

“I have decided to share the prize with my mam, buy a new car and put the rest into savings for the future: we will still be coming to bingo though, that’s for sure!”

Andrew Pedelty, Manager at Hippodrome Bingo commented, “After only being in the National Bingo Game for just over 7 weeks, when all Majestic Clubs decided to re-join, we were delighted to win the top jackpot prize of £50,000, which is a life changing sum of money for Becca.  The 19 year old plans to share it with her mam and is already making arrangements to buy a new car with her share and will then decide what to do with the rest.”

“We are thrilled for Becca, our lucky National Bingo Game £50,000 Jackpot winner at Hippodrome Bingo: what a great boost to anyone’s savings account! We hope that she enjoys her winnings and the new car! It’s great to see clubs big and small can win BIG on the National Bingo Game.”

To find a participating club and for further information on the National Bingo Game visit www.nationalbingo.co.uk. or follow us on Facebook (www.facebook.com/NationalBingoGame) and Twitter.com @nationalbingo.

The Bingo Association signs up to ‘Jabs Army’

It’s not just a ‘man thing’