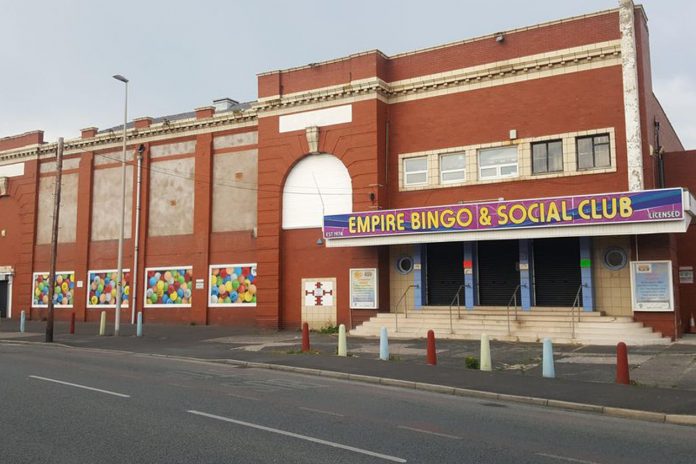 A £7m new bingo hall in Blackpool remains on track to open next year – despite work on the development currently being put on hold. Construction of the Club 3000 premises on Festival Park at Rigby Road has been halted for a number of weeks prompting speculation about the future of the scheme.

But a spokesperson for Club 3000 said the delay was due to ongoing negotiations by the bingo operator to buy the freehold of the site.

She said: “We have subsequently made an offer to buy the freehold and are awaiting a decision. We remain determined to open a fabulous venue at some point in 2021.”

Work began on the development, which is expected to create around 55 new jobs, early this year when the Swift Hound pub was demolished to make way for the bingo hall and a drive through restaurant.

The scheme will see the number of parking spaces on Festival Park, which is also home to the Odeon Cinema, Bannatyne’s Health Club, Frankie and Benny’s and a McDonald’s, cut from 604 to 453.

It was granted planning permission on appeal after Blackpool Council turned down the application.

Meanwhile it is the end of the line for another resort bingo hall after town hall planners approved proposals to demolish the Empire Bingo Club on Hawes Side Lane.

It was revealed in June the building, which dates back to 1929, would not reopen after the business had been in the hands of the same family for 46 years.

Owners and staff spoke of their dismay at the decision, but said it was the right time to pull the curtain down at the venue which started life as a cinema and employed nine staff.

The impact of Covid-19 has proved the final straw, with owner Elaine Bottomley and her daughter Linzi saying the age of the building made it too difficult to introduce social distancing measures while keeping the business viable.