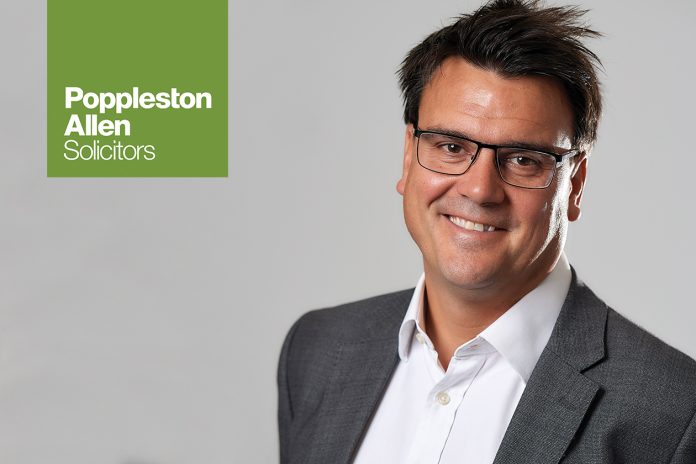 It has been nearly 20 years since the publication of The Gambling Review report, or the ‘Budd Report’ as it became more commonly known, in July 2001. Its name came from the Gambling Review body chairman, Sir Alan Budd, and the report led to a tectonic shift in bingo regulation, with the Gaming Act 1968 replaced by the Gambling Act 2005.

Many of you may fondly remember the Gaming Board (although I am sure many of you will not fondly remember your pink card interviews!) which was replaced by the Gambling Act 2005 which created the now much derided Gambling Commission. With the Department for Digital Culture, Media and Sport Review of the Gambling Act 2005, we now find ourselves with the potential for the Gambling Commission themselves to be replaced. In the 20 intervening years, since the publication of the Budd Report we have seen some huge changes to the regulation of bingo in Great Britain.

Under the Gaming Act 1968, we had certificates of consent from the Gaming Board for each club, and after acquiring the certificate of consent the club then needed to obtain a licence from the local Licensing Authority. The Licensing Authority back then was the local Magistrates’ Court. You will remember that the Gaming Act 1968 placed responsibility on the Licensing Authorities to consider the demand for gaming before granting a licence, and gave them the discretion to refuse an application if the demand was not demonstrated. We rolled into court, Queen’s Counsel and expert witnesses to persuade the Magistrates that there simply wasn’t enough bingo in our proposed new location!

The majority of bingo clubs at the time of the Budd Report were either purpose built, newly constructed clubs, traditional old style bingo venues, or the seasonal clubs in the holiday camps: indeed my first experience of working with The Bingo Association was representing Bourne Leisure Limited who, at the time, were, by number of premises, the third biggest operator.

We had the Section 31 jackpot machines, with a £500 maximum prize, as well as Amusement With Prizes (“AWPs”) and all cash machines. These were reel-based fruit machines generally; a far cry from the digital screens we now see on our machines.

We had the 24 hour rule – thankfully Budd recommended that it be abolished. Restrictions on bingo advertising had been removed in 1997, but we still weren’t able to advertise the AWP or jackpot machines. Advertising back in 2001 was still limited, a far cry from the current position, with 24 hour TV advertising, life size fluffy foxes and lucky pants!

In 2001 bingo managers held pink certificates, or pink cards, and the interview with the Gaming Board Officer was loathed and feared, but a necessity.

We now have Operating Licences and Personal Management Licences (PML), gone are the days of the feared interview. PMLs do not need a qualification or to pass an exam. Thankfully we only need one Operating Licence for the business rather than a certificate of consent for each club. However, there are a myriad of ancillary requirements; the Gambling Commission’s specifications for bingo equipment; national self-exclusion schemes; local area risk assessments; and alternative dispute resolution. Thankfully, primary purpose has been replaced by requirements for “substantive facilities for non-remote bingo” provided in reliance on the Operating Licence, to be available at the premises, so that the clubs can provide gaming machines within their licensed bingo premises.

Licensing Authorities morphed from the Magistrates’ Court to the local Council, magistrates themselves replaced by democratically elected Councillors who would ultimately make decisions on the grant and regulation of our clubs.

80% of machines can be the £500 maximum prize B3, and we are not limited in numbers to the Category C and Category D machines we provide. Although children are allowed into our premises, the majority of clubs, as a matter of policy, limit their customers to adults.

The industry has changed – high street bingo is evolving in significant numbers, premises licensed to provide bingo, but in appearance more similar to an arcade with bingo rather than a traditional bingo club. We can surf the internet, playing bingo, without limit on stakes or prizes, with tombola, with a cheeky fox, or many other websites, operated by businesses in Malta, Gibraltar, Alderney and the Isle of Man. We can play games of bingo with players linked in other clubs or players on the internet.

Bingo has evolved in other ways too. We have the anarchy and fun of Bongo’s Bingo, Rebel Bingo and Bingo Lingo, which use the fun of bingo as the basis for a whole evening’s entertainment, with S Club 7 and the Vengaboys. The entertainment bingo venues move from town to town, but we are now starting to see more permanent entertainment bingo, with dedicated entertainment bingo premises, and nights being run in more traditional clubs, with music, comedy, fireworks (and even some nudity!).

20 years on the question we are asking ourselves is where the DCMS review of the Gambling Act 2005 will take us. In reality, it is unlikely that the Government will replace the Gambling Commission, they may well play with its powers, the Government may introduce the favoured consumer protection of recent years and bring in an Ombudsman, even though when it comes to bingo there is little evidence that customers complain, and that an Ombudsman is required.

The DCMS review is likely to lead to online bingo stakes being limited, currently they are not, but hopefully there will be no tinkering with the game we all know and love. So where will we be in another 20 years’ time – bingo by avatar?! What I do know, is that I have never yet had a full house at bingo.

Nick Arron is a partner at niche licensing law firm Poppleston Allen. He works exclusively in gambling regulation. Poppleston Allen act for The Bingo Association and advises its members. Nick can be contacted via email n.arron@popall.co.uk or telephone 07968 805559. www.popall.co.uk