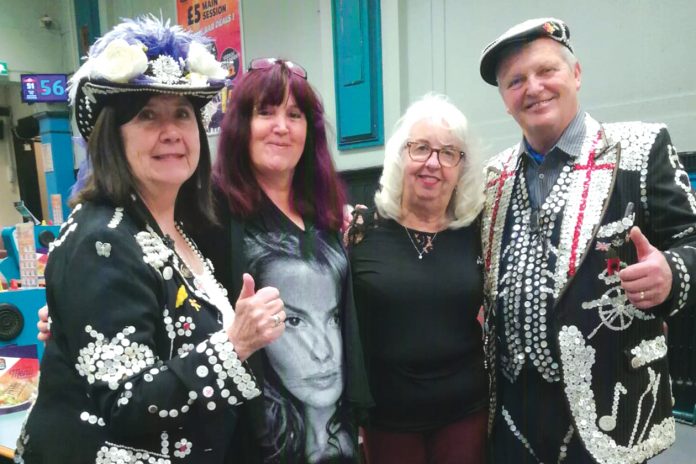 While Majestic firmly have their sights set on their overarching ‘generations’ strategy, focused on how they talk to customers, another key strategy has been ‘keep it local’, which allows each cub manager the flexibility to deliver a bingo experience that speaks to their local market and customers: it works by tapping into what the local community wants, as the Majestic team understands that one size rarely fits all.

The success of this approach has been clearly seen by the back-to-back events held at their Rio Bingo Club in Canvey Island. The first event was a bespoke night supporting a local charity, followed by a Pearly Kings and Queens Cockney event later the same week. This cockney ‘knees up’ included pie & mash, and jellied eels, all being served while customers were doing the Lambeth walk, led by a Pearly King and Queen! These special local events were all planned by Chris Fletcher, Assistant Manager in the Club, who understood what appealed to and connected with, his customers.

The charity, Indee Rose Trust (a non-profit organisation dedicated to supporting children during and after treatment for brain and spinal tumours), were approached as they had a close association with a number of customers and were delighted with the response and funds raised on the night.

The recent Rio events are only two examples of a long list of local activities at Canvey Island, which demonstrate the positive impact that they can deliver both for the business and local community. Another great and completely different example of local engagement has been in Camborne, a town that had a very poor reputation for holiday decorations, having been held to have the worst Christmas tree in the country! This is the third year in which Apollo Bingo Camborne has paid for the town’s tree, helping the town to shake its reputation for a terrible tree and creating press headlines ‘Majestic Bingo saves Christmas’.

Going forward Majestic have decided to give each GM the autonomy to create and deliver local activities that tap into what people in their local communities’ want, keeping it local.