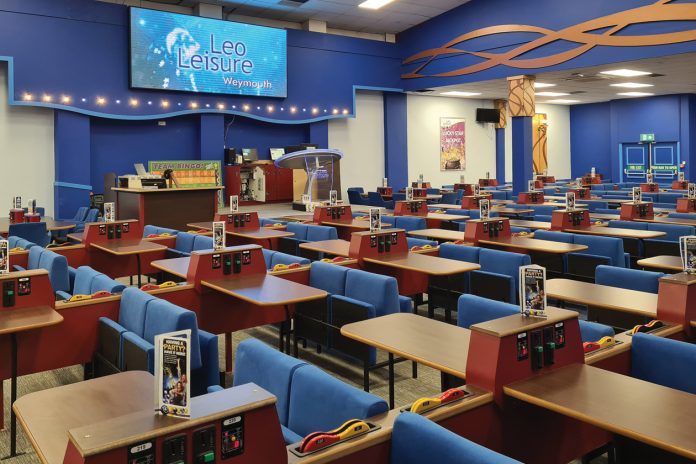 The new club opened its doors on Friday 17th September following substantial development and refurbishment work, which saw the club redecorated with new colour scheme and carpets, in addition to a new party area, new VIP Lounge and, through securing land beside the club, a members’ car park. In addition the on-demand food menu and expanded bar offering available in other Leo Leisure venues was also introduced to the Weymouth club: customers have a wide range of drinks available at the bar, including draft beer, and ‘Hunters Chicken’ on the made to order food menu, exclusively for the Weymouth club – the dish, a firm favourite with Weymouth players, is a chicken breast, topped with bacon, barbeque sauce and cheese, sliced, and served on a bed of fries.

The opening of the club was marked with weekend long celebrations, that included live music from The Drifters (Friday), meet the team with special games (Saturday), and a visit from Butlers in The Buff (Sunday)!

Due to the second national COVID lockdown earlier this year and uncertainty surrounding exit from this, progress with work in the club took longer than expected and planning marketing and member recruitment activity was extremely difficult.

Peter Brown, of Leo Leisure said, “We had wanted to open a Membership Shop and few months earlier but thanks to COVID this was just not viable. Once we were clearer on completion of works and an opening date we could start promoting the club and used a combination of local radio, press and staff leafleting.

“Surprisingly it was our license application that triggered the biggest press interest, even appearing in The Sun. When we were making the application we needed to decide if we wanted to include ‘adult entertainment’ and as many bingo clubs have ladies’ nights that occasionally involve strippers and butlers, we thought we had better include it to keep our options open for future party nights.

“Having all the publicity around strippers at bingo we made sure that a visit from butlers in the buff was part of our opening celebrations.”

The venue, previously operated by Buzz Bingo, had closed in May 2020 as part of a number of closures the chain had made following the first national COVID related lockdown. Where a larger operator had not been able to create a profitable local club, finding the micro nature of local markets a challenge, Peter saw the potential of a good local community based club in the Weymouth market, something that very much fitted Leo Leisure values. 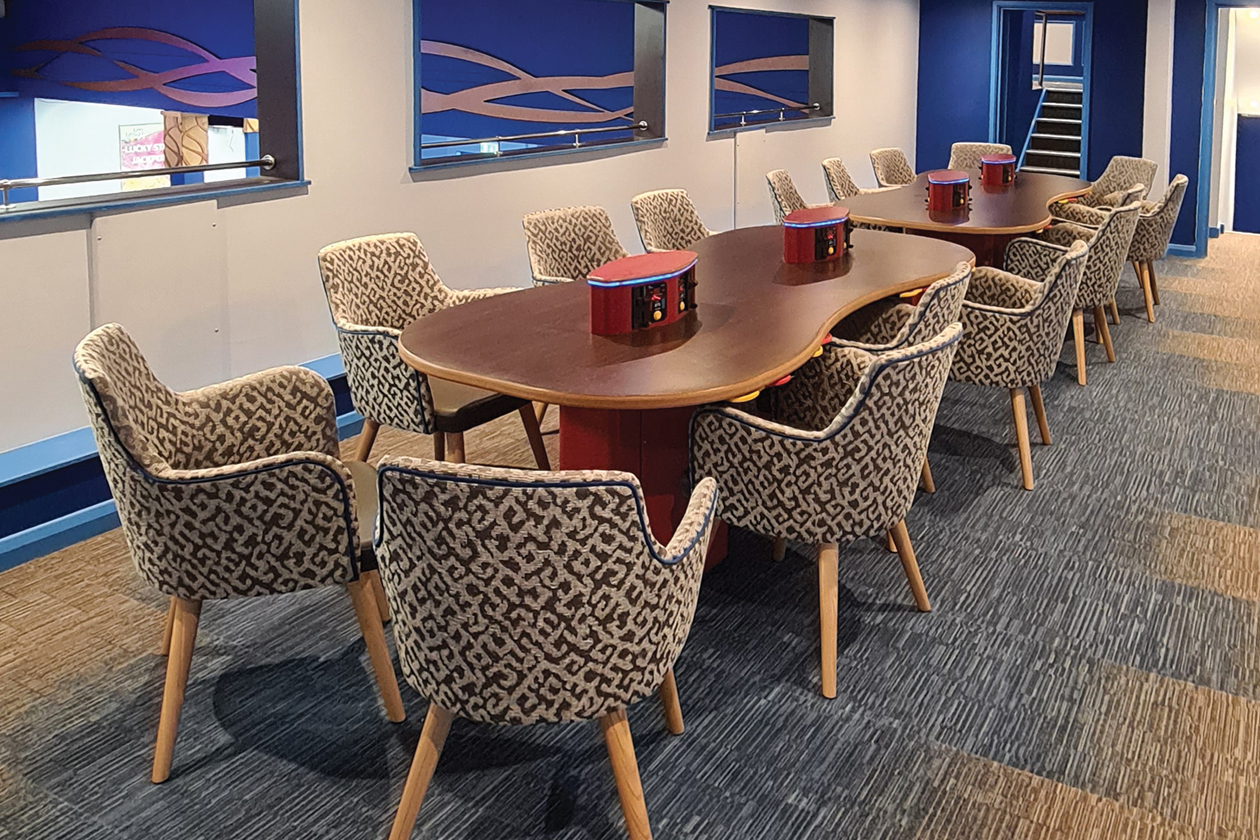 “Having had success with the Eastbourne club, that now does over 1,000 admissions a week, we have seen just how successful local clubs can be and believe that Weymouth has the same potential for success.

“I started the process in December 2020, approaching the landlord about the empty venue, and completed the deal in May ‘21. It is great that we have also been able to recruit many of the old Buzz team, including Billy Gerrie and Claire Walters, who know bingo and the local market.

“We believe our success in business, has thus far been that we have mainly taken on failed or failing businesses at crucial times in legislation and in the economy, as we are adaptable, flexible and also speculative. Our strap-line is “Value for Money Bingo”, something our customers appreciate, and our mission statement is to re-invent and re-invest.”

Leo Leisure, a family run business, started in 1985 when Peter Brown Snr and wife Janice, who both had a wealth of experience as managers, purchased Shaftesbury Bingo club in Portsmouth from Mecca. A second club purchase in Eastleigh followed in 1994 when Leo Leisure was launched.

In 2007 Leo Leisure took over the bingo club in Ryde, on the Isle of Wight – the same day as the smoking ban came into effect – and in 2009 purchased the Commodore Cinema, which was about to go into administration and was in the upper levels of the bingo club: previous knowledge and experience of bingo/cinema operations was a bonus for Peter and Janice.

Their eldest son Peter, who now runs the business, added a further bingo club in Eastbourne to the chain in 2012, which had closed in 2011, and Leo’s Playden, a children’s soft play centre in Eastbourne in 2014, adapting the lower floor of the Eastbourne site to utilise empty space.

Peter commented, “There have been some big changes since my parents started the business, both in terms of legislation and technology: the smoking ban, electronic bingo tablets, contactless payments, social media and the change in machines from being mechanical to digital. But for us, it has always been about community and remaining adaptable, something that is continuing as we prepare for the new website, a new Leo Leisure App and a potential new venue in Southampton for 2022.”

Building bridges from ‘over the bridge’