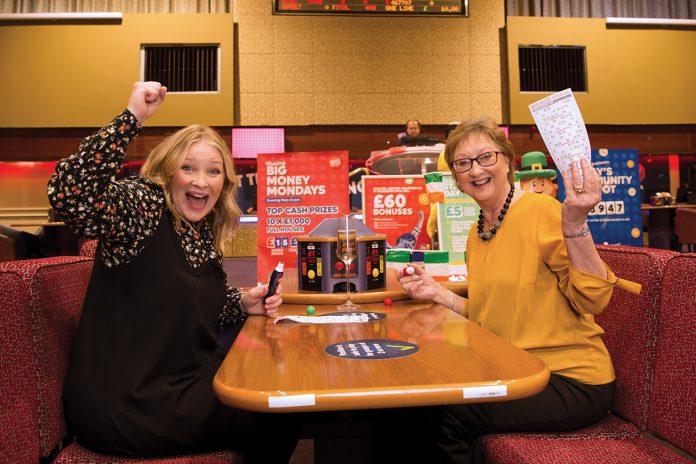 Latest research conducted by OnePoll and commissioned by Buzz Bingo ahead of this year’s Mother’s Day revealed that over half (54%) of Brits wanted more photos of them with their mum.

The need to make and hold memories was a clear theme and despite 38% claiming that pictures taken with their mum were amongst their most prized possessions, capturing new ones is clearly not on the backburner for most, who take on average just seven photos a year with their mum. Over a quarter (28%) said they haven’t taken a photo with their mum in at least six months, which may for some be due to lockdowns and Covid, but 15% admitted it’s been years since they posed for a photo together!

The survey also revealed that 65% are committed to making more effort with their mum, including wanting to take more photos with them, and 62% want their mum to feel like royalty on Mother’s Day.

So Buzz decided to help and enlisted the assistance of photographer Antony Jones, who has ‘snapped’ the Duke and Duchess of Sussex (Meghan and Harry) and royal weddings, and asked him to capture some extra special photographs and make lucky mums feel like royalty.

To get things underway television presenter and actress Joanna Page (known for her leading role in the BBC’s Gavin & Stacey series) and her mum Susan Page, were the first lucky pair to test out the service, enjoying a truly special day out at Buzz Bingo Tooting.

The Grade I listed building, previously a lavish cinema in the 1920s and 30s, provided an amazing setting for Joanna and her mum Susan to enjoy time together, playing bingo and creating some new family portraits.

Reflecting on the experience, Joanna said; “I absolutely love spending time with my mum, so when Buzz Bingo offered us the chance to be photographed by an actual royal photographer – we couldn’t have said yes faster! Seeing my mum sat on the throne with her very own crown and glass of fizz was just lovely. The experience really is the perfect treat for mums this Mother’s Day. We also absolutely love bingo so it was even better that we could capture special memories whilst enjoying a game.”

Mum’s attending Buzz Bingo Tooting on Mothers’ Day had their chance to create their own special memories and be ‘papped’ by Antony Jones!