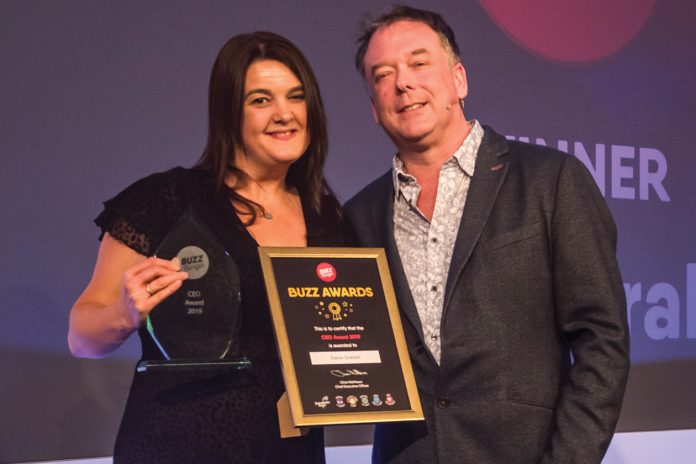 Born in Erdington a little over forty years ago a work placement in a nursery, while still at school, sparked an initial interest in childcare. Always interested in work Elaine already had a part-time job in River Island, but childcare seemed to be a better fit, spurring Elaine on to register for a two year college course in childcare.

To support her studies Elaine worked part time in a local pub and at the end of the course, realising that childcare was not quite how she wanted to connect with people, she increased her hours at the pub while thinking about what might be the right role for her.

A family relocation to Wolverhampton shook things up further and meant that Elaine had to look for a new job.

“My dad suggested after the move that I try a job in bingo, as the skills from the pub would be relevant. Looking back, it also drew on my retail experience, which I didn’t think was totally relevant at the time.

“In August 1999 I became a part-time team assistant at The Rosum – Jarglen Bingo in Bloxwich Walsall– which was a converted cinema and is no longer there.” Elaine said.

Jarglen Bingo was founded by the 1970s by brothers Bill and Horace Kendrick, who worked in the haulage business. Gradually they built up a small chain of clubs in the Midlands which they then sold to Gala Bingo in the late 1990s.

Just as Jarglen Bingo transferred to Gala (now Buzz), so did Elaine, who was intrigued by the many and varied roles that existed in a club. Curios by nature she wanted to understand more about how the club and bingo worked: while her bar skills may have secured her initial role at bingo, she quickly learnt about many of the other aspects of the club and spent time in book sales, as change giver, in the kitchen and checking claims. 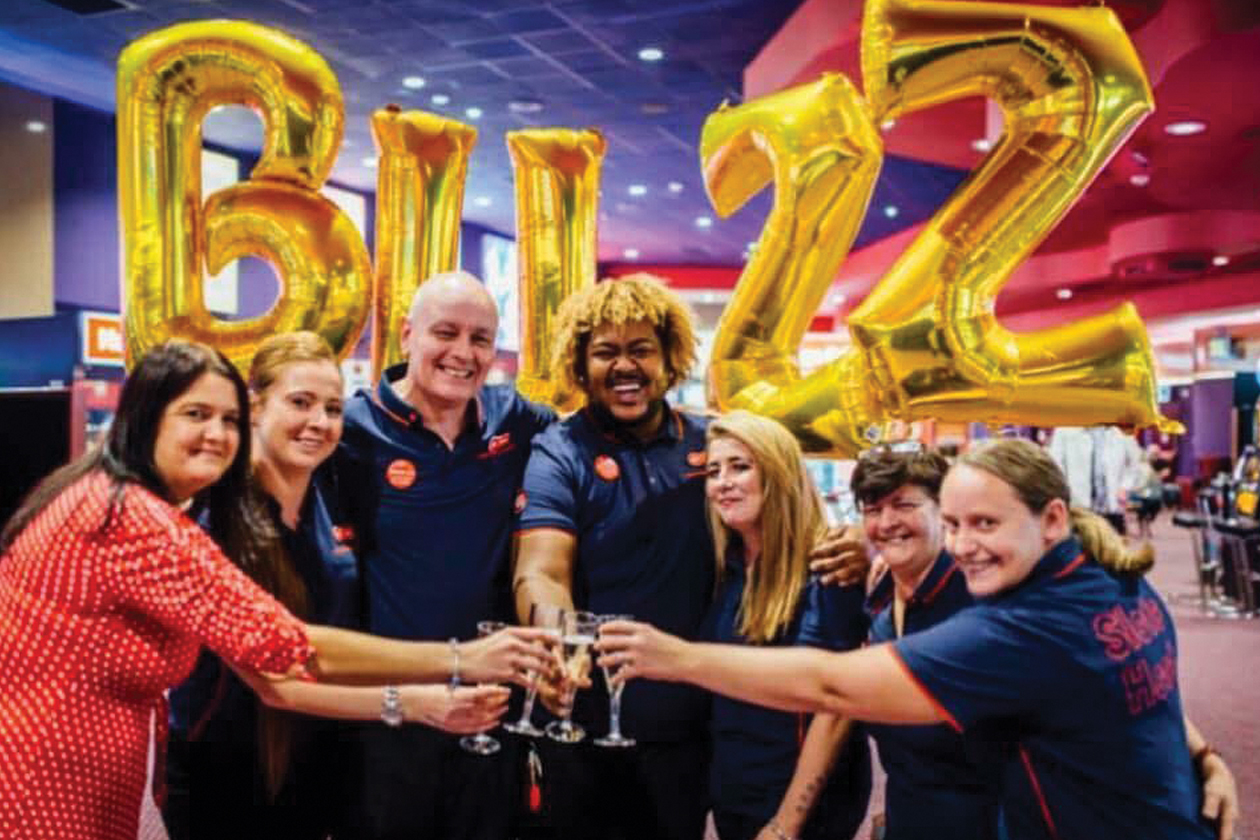 “Transferring to Buzz (Gala as it was then) was great for me, as it really helped my career take off. The more I knew about bingo the more it connected with me and connected me to people in a way I very much enjoy – no day is ever the same.

“People is what has kept me involved in bingo now for over twenty years: you are touching people‘s lives, staff and customers. I feel every club is so much more than just a club. We are a community hub, it’s where people feel they belong, customers and many of the staff too.

“For many customers it’s a life line, to help them cope with, or take a break from their everyday lives. I have one customer who’s husband has dementia and for her coming to the club is so important; bingo is what she plays, but that is not why she comes. It is the welcome, the sense of belonging and the opportunity for a bit of company and community.

“And of course it’s fun – so I feel I get paid to have a good time with people. It’s also great to see people win life changing prizes, and life changing for many customers can be £1,000 and up – or a holiday experience that they might never otherwise have. This is particularly true for many older members who may not have anyone to go with or the confidence, so being part of a group and escorted by people they already know and/or who they know will look after them is a real enabler for them. Plus, an experience shared is always more memorable and adds to the sense of occasion and fun.”

Since joining the The Rosum in 1999 Elaine has worked at many Buzz clubs in the Midlands, holding a range of roles, each one building on the one before. After The Rosum it was Stockland Green as Key Holder, then an initial stint at Kingsbury Road as a trainee assistant manager. Elaine held the post of Assistant Manager at Coventry Pool Meadow, Harborne and Birmingham Great Park before moving on to Wolverhampton as Temporary
In Charge GM, prior to becoming GM at Wednesbury.

“While I was at Stockland Green the Kingsbury Road club had a fire in 2002 – thankfully no one was hurt, but the club did close for a while. Lots of the customers then came to Stockland Road, so we also had a number of the staff from Kingsbury Road come too, to help out. One of them was my partner Peter, who I married in 2017.

“Peter left bingo quite some time ago, but I haven’t left bingo or Peter! We have two daughters, 19 and 10, who are both still at home. Strangely the eldest is working in a day nursery and training, so I think caring, people and community must run in the family: no signs of her wanting to move to bingo, but I may win her over yet. 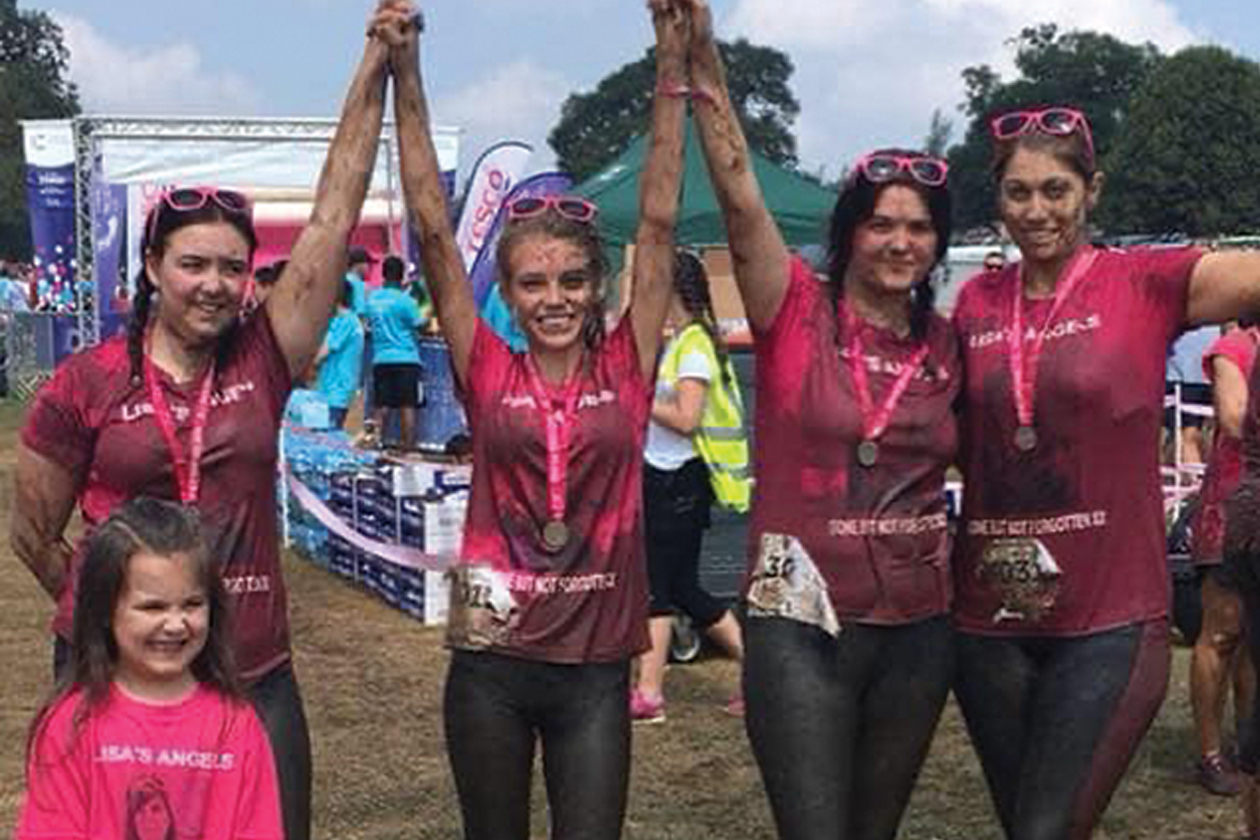 “Lockdown was a very strange time for so many people and difficult, but I did get the opportunity to work from home as a Buzz buddy where I would speak to over 200 elderly members a week. My job was to call round more vulnerable Buzz Bingo members, not just from our club, but across the country. It was a real privilege to talk to people, first-hand, and hear directly how their tone changed on the phone when I introduced myself and said I was calling from Buzz Bingo and it was just a courtesy call to see how they were doing. It was a joy. To talk to them and hear a bit about them – there were happy chats and there were some sad chats, where people had lost someone close to them, but they were all positive chats and helping to make a very real difference in someone’s day. It’s not every job that offers that.

“I sent gifts to some of the members who were struggling with the lockdown – one lady had long covid and another lady was disabled and wanted to knit cardigans for her great grandchildren that were due in August 2021: I managed to send her some wool and knitting patterns. I was also able to give return calls to make sure they were ok, conversations could last up to an hour a time.”

The love of connection to community and people is something that many working in bingo share and part of what encourages them to support so many charitable causes, through the clubs that they work in and as individuals: Elaine completed Pretty Muddy Race For Life in 2018 in memory of my sister in-law, Lisa Purcell, who lost her battle to breast cancer that same year, as well as connecting the club with local homeless charity over the Christmas period, encouraging members to donate essentials for those living rough.

Elaine’s commitment, performance and enthusiasm were rewarded in 2019 at the Buzz Vision GM Conference, when she won the CEO Award, presented by CEO Chris Matthews. The award is about so much more than just profit and potential recipients have to be nominated: Elaine’s Regional Director put her forward.

While only an occasional bingo player, Elaine used to go with her Nan, it’s the bingo environment and people as much if not more than the game that speaks to and matters to Elaine, who enjoys Scrabble Go in rare downtime and television’s Married At First Site – simply because it’s bonkers!