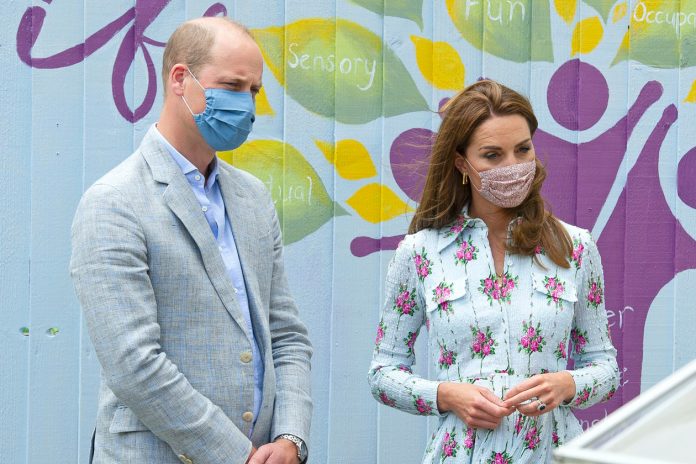 Acare home resident’s blunt verdict on the Duke and Duchess of Cambridge’s bingo-calling efforts left the couple in stitches.

Joan Drew-Smith, 87, did not hold back when she met William and Kate in person after the royals made a virtual visit to Shire Hall Care Home in Cardiff a few months ago, to call out the numbers for their weekly bingo session. 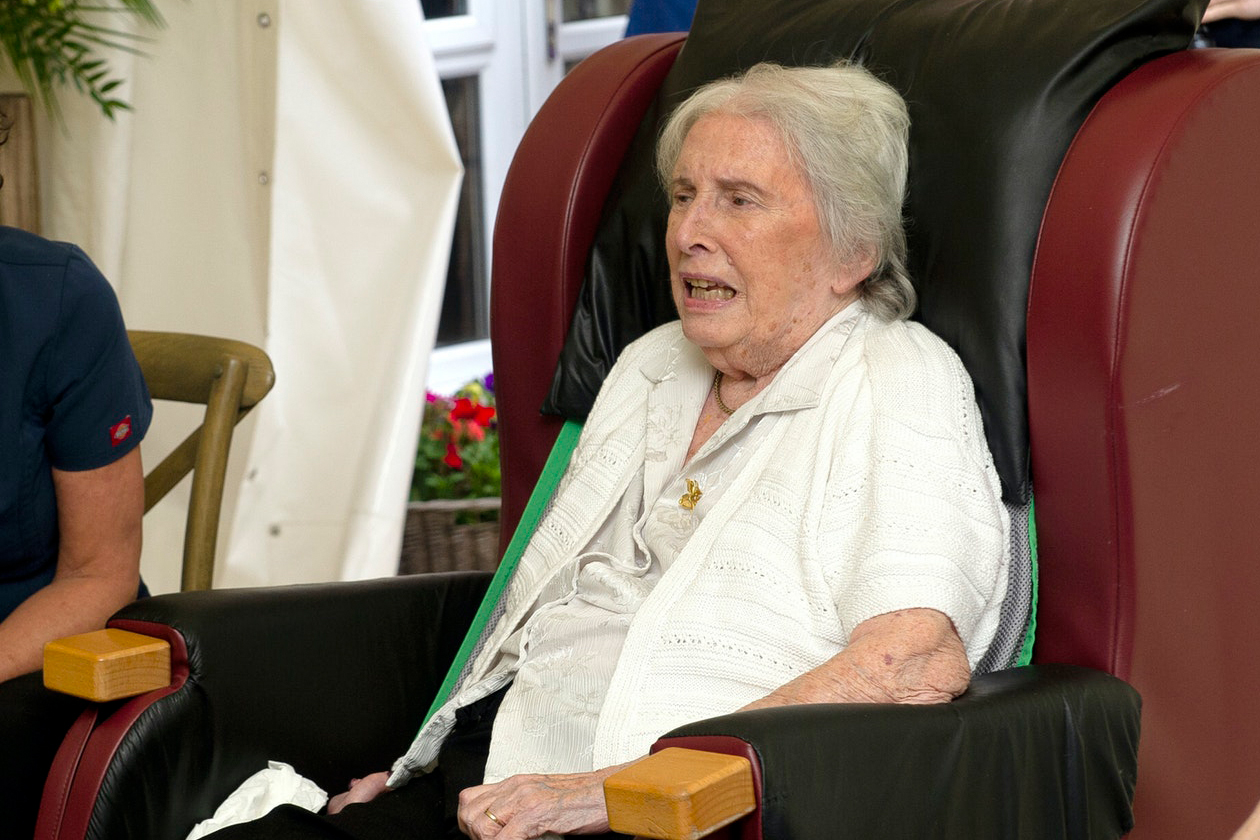 At the time the 87-year-old made headlines when she said the royal bingo game “wasn’t as good as it should have been”.

And when the duke introduced himself during a visit to the Cardiff home by saying: “Hello Joan, do you remember we did the bingo with you? You said we weren’t very good!”

She replied: “Yes, you did a bloody shitty job.”

The royal couple, briefly taken aback by her blunt assessment, roared with laughter.

But they got a kinder response from fellow resident Margaret Stocks, 95, winner of the virtual game, who told them: “I did enjoy it, I hadn’t played it before.”

“Neither had we,” replied Kate, saying “that’s why we were so bad” before William added: “We enjoyed it just as much as you did. It was a new experience for us.” 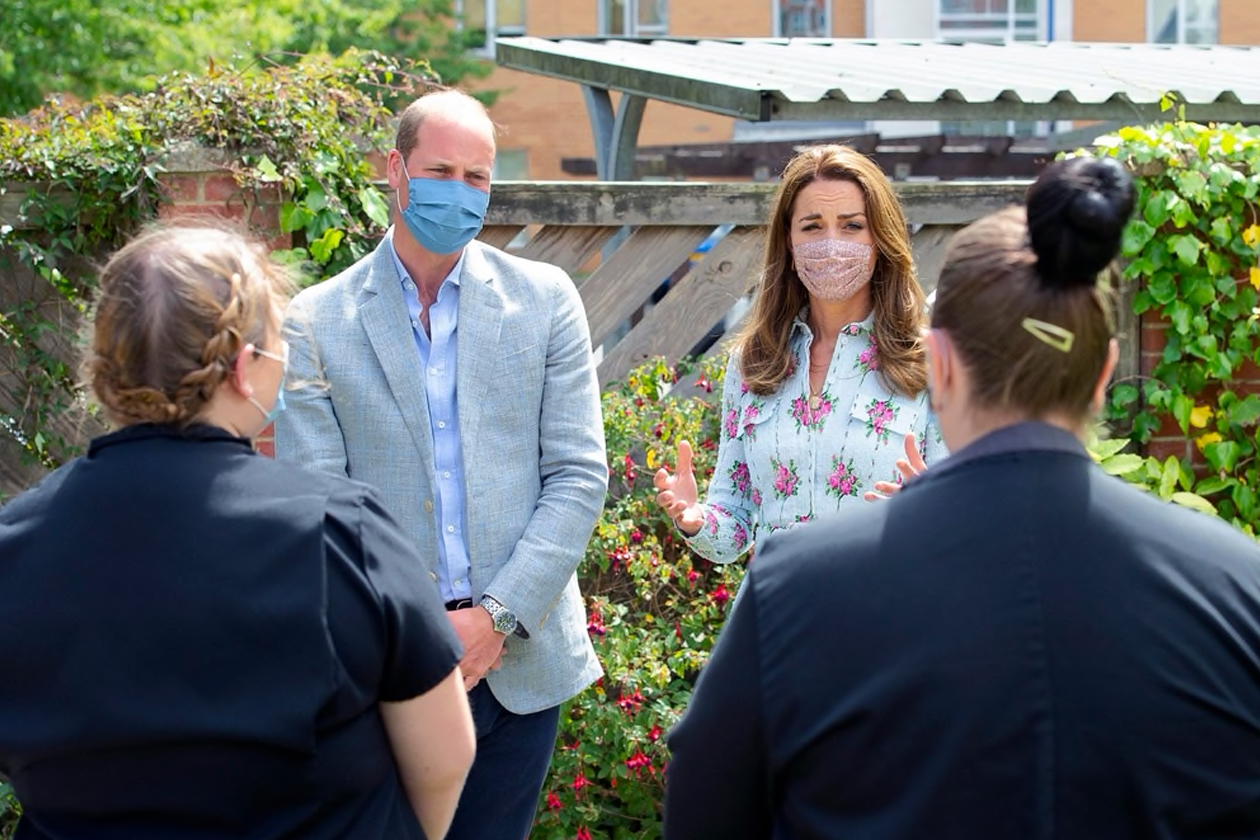 The couple both wore face masks during the visit to the care home’s garden, making it tricky to make themselves heard at times.

The duke, wearing a blue fabric face covering, told Ms Drew-Smith: “We have to wear masks because of the virus, but it’s difficult to hear sometimes when you can’t see someone’s mouth.”

The 87-year-old pointed to Kate and asked “is that your assistant?” which made the duchess laugh and as she put her hand on her husband’s shoulder, she said: “Well I am your assistant, I have been for a long time!”

The meeting took place in a marquee set up for afternoon tea just as the heavens opened. “We timed it right,” said the duke, who later told staff: “I love Joan, she’s brilliant. If only everyone was as honest as her.”

William and Kate were impressed by Shire Hall’s pretty garden, and were shown a small memorial area, planted with flowers and trees from relatives of former residents, before stopping to admire a vegetable patch.

“I love all the fruit and veg,” the duchess told Sheila Charles, lifestyles lead worker at the home.

Admiring the strawberry plants, the duke said: “We have had loads this year, the raspberries are just coming too.”

Earlier in the day the couple visited Barry Island, the seaside resort that is featured in the popular comedy drama Gavin And Stacey.

The couple also met senior care assistant Harriet Boobyer, Shire Hall’s dementia care coordinator, and chef Carys Davies, who had both chatted to the royals during their virtual visit in May.

“I’m sure you weren’t expecting to see us again quite so soon,” said William. “We were in the area so we thought we would pop in.”

Arthur Hobbs, 86, and his wife Brenda, 79, who is a resident at the home, also spoke to the duke and duchess.

The husband and wife were unable to see each other in person for nearly four months, but can now meet in the garden for 30 minutes at a time at least once a week.

“It must have been so hard during lockdown not having that face-to-face contact,” the duchess sympathised.

Told they had been to Barry Island, Arthur asked: “Did you have a paddle in the sea?”

“No, we didn’t bring our bathers!” replied William. “Next time.”

Bingo on the high street

Club 3000 opens its doors in Wigan