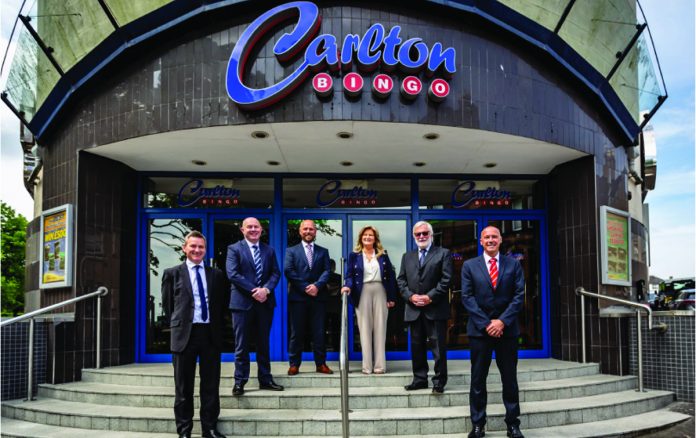 Trusted employees at a 209-strong Scottish bingo business are set to bag a full house – as it becomes the country’s largest and latest employee-owned firm.

The 10-venue Carlton Bingo chain has made the move to employee ownership following a positive rebound after the challenges and closures brought about by the pandemic.

With locations in Inverness, Stirling, Livingston, Dunfermline, Buckie, Elgin, Fraserburgh, Dalkeith, East Kilbride and Partick in Glasgow, the company has now put its shares into an Employee Ownership Trust [EOT], which will see its staff given a controlling stake in the business.

The four major shareholders Chris Barr, George Carter, Brian King and Peter Perrins decided to transition the business into employee ownership after considering their succession options and acknowledging their staff’s loyalty and commitment.

Finance Director, Leslie Ross, who has worked for Carlton for almost 30 years, highlighted the significant length of service dedicated to Carlton by many of the employees: “The combined company length of service stands at over 1500 years. We recently celebrated a 40 year service anniversary for one employee in Dunfermline. Carlton has a great culture that fosters commitment and long service.”

Managing Director, Mike Watret took what he viewed as a temporary job upon graduating from Stirling University in 1991. Mike then went on to have a successful career with Gala Bingo and returned to Carlton 10 years ago.

Mike said: “I didn’t expect to be back here 30 years later. It’s a great job working with a great team of people.”

The company was hit significantly during the Covid crisis, with one club being closed for a total of 400 days.

Mike added: “We have recovered well from what was a challenging time. Eight of our 10 locations exceeded their targets for March and several are outperforming their 2019 results. This is testament to the hard work and loyalty of our staff who have done a sterling job in ensuring a safe and welcoming environment for our customers.

“If I had any doubts that this was the right way forward, they were banished when we delivered the news to the employees. There are challenges ahead, but with our great team here I’m confident that we’ll overcome them.”

Craig Oliver, who manages the Fife Leisure Park Club in Dunfermline is looking forward to working in Carlton as an employee-owned business. He says, “When I was initially told that the company had been sold alarms bells start to sound and fear of the unknown starts to kick in. However, learning of the movement towards an employee owned trust at all became quite exciting not only for me but my team of hardworking staff. I’m very pleased for everyone in the business to part of the future of the company.”

Ownership Associates worked with the directors on the programme of employee communication. Carole says, “It was a fabulous experience meeting many, many employees who are so loyal to their company and genuinely enjoy their jobs.

“The idea of employee ownership was largely unknown by most of the staff, but once explained, was recognised as a generous gesture by the former shareholders.”

The Carlton transaction is the 9th employee ownership deal completed so far this year by Lindsays, led by Douglas Roberts and Nimarta Cheema. Avondale Corporate oversaw the transaction.