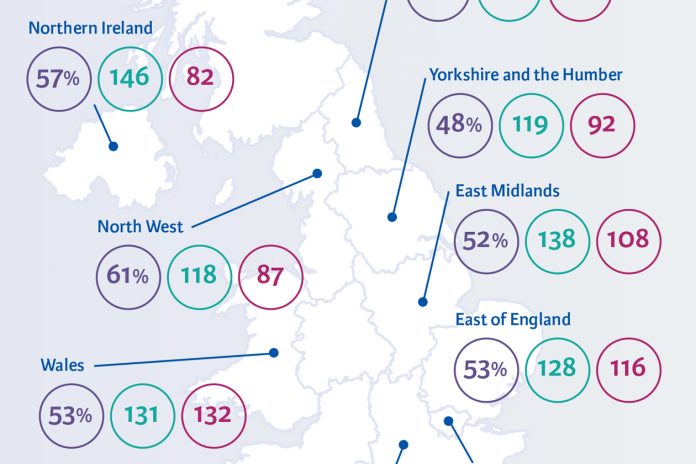 The sobering research reveals that on average, Brits haven’t met friends in real life for four months or family in three-and-a-half months. In fact, almost one in five (19%) haven’t met a friend in person in the last 7-12 months, whilst 13% haven’t seen family in this time.

Millennials are feeling the effects more than any other generation, with a staggering 74% saying they’ve felt lonely during the last year compared to the 57% national average and 45% of baby boomers.

When it comes to different parts of the UK Londoners are feeling the loneliest, with 71% saying they’ve felt alone during the coronavirus pandemic – 14% above the national average. 48% of dwellers in the capital say this is because they live alone, more than anywhere else in the UK, while those living in Plymouth have felt the least lonely (39%).

Anxiety is not restricted purely to our own circumstances, with 45% also feeling anxious about elderly relatives and neighbours, who are less likely to use technology to stay as well connected as other generations. Indeed, technology has played an incredibly important role throughout the pandemic, with 58% saying it’s helped them combat loneliness. 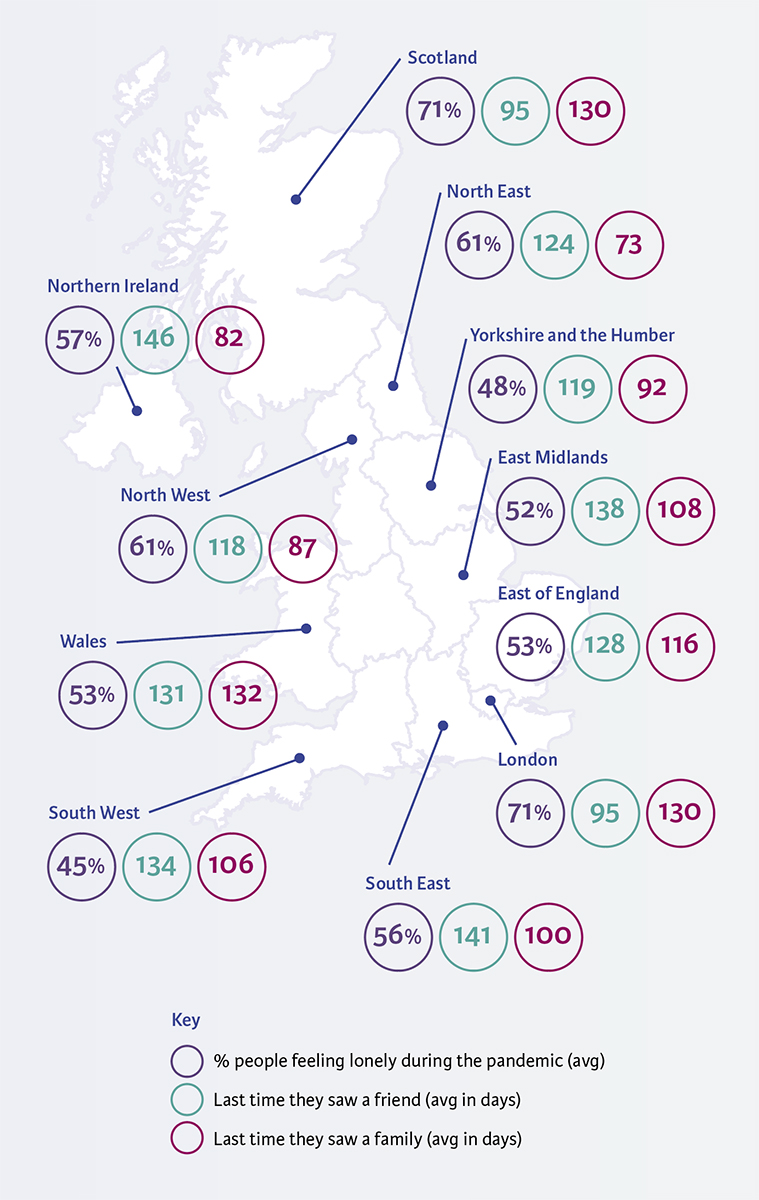 Since the beginning of the coronavirus pandemic, Buzz Bingo has launched a scheme to try and help their vulnerable and elderly customers feel less lonely. Buzz Buddies sees general managers regularly call the community to check how they are and make sure they’re feeling okay. For many, visiting their local bingo club is their main way of socialising and staying connected which means that club closures have had a huge impact on customers’ mental health. Something that many bingo clubs have been aware of and also undertaking ring-rounds and COVID safe engagement.

Commenting on the survey findings Peter Brigden, Chief Retail Officer at Buzz Bingo says: “Our clubs are at the heart of local communities. For many, not being able to go to their regular bingo game means that they may, in some cases, not be having any wider social interaction during this time.

“Our customers are of paramount importance to us, especially their health and wellbeing. This is why we’ve introduced our Buzz Buddies scheme, to ensure that those parts of the community keep in touch whilst we’re apart.”

Dr Rob Hicks, who has partnered with Buzz Bingo to talk about the campaign, said: “Understandably, not being able to see anyone outside your household is having a knock-on effect on people’s mental health. As we head into another period of lockdown, it is so important we recognise this and look out for our family, friends and neighbours.

“That’s why I’m urging Brits to reach out to those in their community to ensure they’re communicating with others and not letting their mental health deteriorate. Initiatives like Buzz Bingo’s Buzz Buddies are essential to ensuring people come together and look out for one another. I implore you to pick up the phone or even use social media platforms like Facebook to check in with people you haven’t spoken to in a while and make sure they’re okay.”