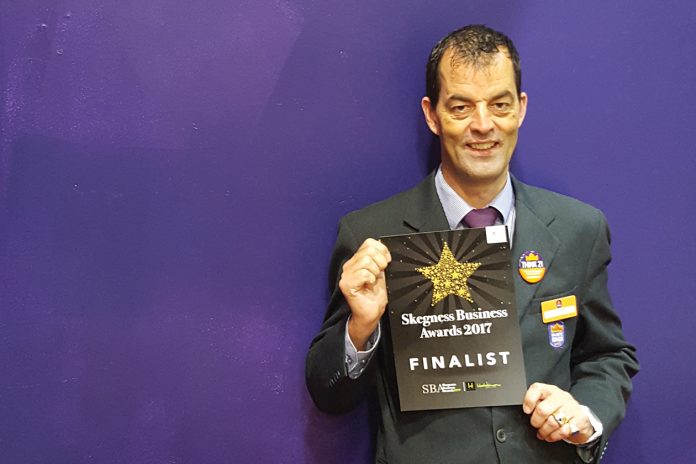 Studying Marketing and Finance at Leicester Polytechnic (now De Montford University) Jason landed himself a job with Everards Brewery in Leicester, learning the bar trade. While completing his degree he realised that life as a publican was not for him, nor would it make best use of what he has studied, so he left and returned home to plan his next move. Little did he realise that it would be his bar experience that would lead him to bingo.

While wondering what he wanted to do work wise, he noticed that Gala Bingo in Peterborough were recruiting for Team Members, one of which was asking for bar experience. He applied thinking that it might be a good stop gap and was accepted, starting what would be a twenty year stint with Gala Bingo.

Relocating to Peterborough was a good move as during his time with Gala Jason held a number of posts at different clubs, all of which were just about commutable from there. While at Gala Peterborough Jason moved from Team Member to Team Leader, before becoming Department Controller and Keyholder, following which he decided to apply for the post of Deputy Manager and a place on the management training scheme. Though not successful on his first attempt an inspirational GM encouraged him to try again and he found he was successful, taking up the post of Assistant Manager at Gala Grantham.

Jason’s family were not greatly pleased by his career in bingo, as up to this point it had not tapped into much, if anything, of what he had studied for at university. They felt his time there had been a waste, but that was something that was set to change. His degree in marketing and finance was quickly put to great use when he became a General Manager, working at Gala Grantham, Leyton, Milton Keynes, Luton and King Lynn.

Jason said, “Working in bingo is something that I think many people initially just discover by accident or fall into, which seems strange as it can be so rewarding and one of the best environments to work in, regardless of your role.

“That is not to say that bingo is a job is for everyone. Certainly as a GM just because you have management and retail experience does not mean you are going to love it – for many I think it’s a bit marmite. You either love it or hate it and once it’s in your blood it’s hard to step away. It’s what I call the ‘bingo bungee’. Even if you try to leave, it will pull you back, tugging at you and drawing you back into people and their lives, customers and staff alike – I fell foul of it myself.”

Jason left bingo, or at least tried to, in 2015, looking for a change and a different direction, taking a post at a regional Amazon Warehouse for six months. He realised that while the lack of direct responsibility and never being able to take work home was great, it had perhaps left too little a challenge, so he uploaded his CV onto a job site and very quickly found himself working for Praesepe in Kettering Cashino. Shortly after that he noticed that Majestic were recruiting for a GM at their Skegness bingo club, Roman Bank Bingo.

“I knew I wanted to return to bingo” Jason said, “but I was not sure about working for an independent operator and taking on a club that was a predominantly seasonal business – something I had not done before.

“Six years on I am very glad that I was offered, and accepted, the role at Roman Bank. The seasonality took a little getting used to, but in every other regard I feel right at home. Majestic allow GM’s to get more involved in bingo policy for their club, which is great, as so many clubs operate in very local markets that a central policy just does not always connect with. Also, me and my partner Bob relocated to a small village about thirty minutes outside Skegness, so it feels like being home in more ways than one. My involvement in the Local Chamber of Commerce also saw me enter Roman Bank in the 2017 Skegness Business Awards, where we were a finalist.

“As a smaller club I also know around 75-80% of my customers on sight and by first name, something that is just not possible in bigger venues. This works really well for me and I think is a key part of what bingo is about and what makes it special, for staff and customers.

It is about being part of something and connected to a community.”

Not a bingo player himself, Jason does take his father in-law now and again, and prefers instead to follow ballroom. With ‘Strictly..’ a firm favourite he has been to live shows every year for the past 12 years and goes to as many dance related shows as possible.

“I would really like to learn Ballroom dancing but can’t really commit to the timings of classes, though in the not too distant future I certainly shall. My dancing is not up to competition standard, but before the pandemic I had signed up to compete in Strictly Lincolnshire for local charity the Butterfly Hospice and am hoping that this will still take place at some point.

“When I re-joined bingo it was great to once again be part of that close, if sometimes annoyingly close, community. For many customers we are a part of their lives and in some cases families – that’s something that doesn’t happen in many places, let alone commercial companies and is something that I really appreciate. I don’t think you can work in bingo if you don’t love people of all ages and have a sense of fun.”