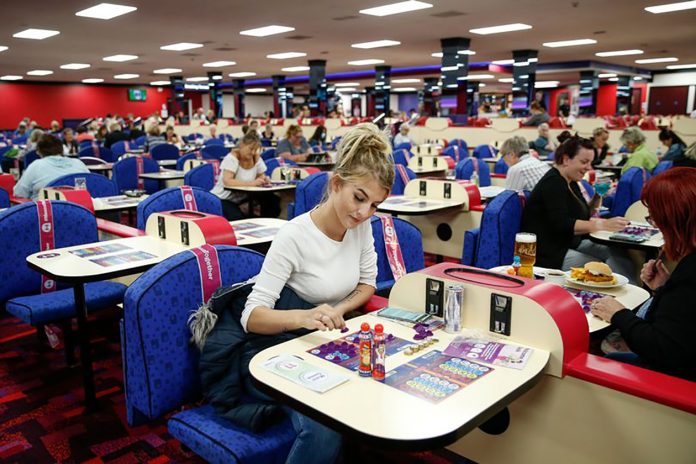 Bingo is back, according to a new study, with two in five Brits enjoying a game at their local bingo hall, including the Mecca Bingo venues Cecil and Clough Road, in Hull.

Research by Mecca has revealed that 41 per cent of young people now prefer bingo to clubbing, with nearly a quarter of millennials in Hull having confessed to becoming big fans.

Since reopening after the coronavirus lockdown, Mecca says it has seen a refreshed love for the game – the data shows as many as 17 per cent of young people from Hull will dust off their dabbers for a weekly game of bingo, while 20 per cent will play at least once a month.

The study of 2,000 Brits has come in the run-up to Mecca Bingo’s 60 anniversary next year, as it calls for any “Mecca Memories” people have of the game.

“Bingo has a long history and it’s great to see it’s still as popular as ever with Brits from all over the UK.

We’re seeing a resurgence with millennials favouring the classic game, and our research also indicates that plenty of Brits enjoyed bingo throughout lockdown driving a renewed passion for the pastime.”

Many club regulars turned to playing online during lockdown, she said, to socialise in chat rooms and connect with friends.

“We’re proud of our heritage and want to look back and celebrate the last 60 years of Mecca and collect memories from across the country,” she said.

More than 40 per cent of 16 to 29-year-olds polled admit they prefer playing darts, bingo, snooker and pool with their pals to boozy nights out clubbing, insisting traditional games and pastimes are now cool and retro.

Over a fifth of young Britons have even taken a potential partner for a date at a bingo hall.

Bingo’s origins are believed to be in Italy, where it is said the game began life as a lottery called Il Gioco del Lotto d’Italia, in 1530.

It later became a favourite of the French aristocracy, where it was known as Le Lotto, before finally arriving on British shores in the 18th century, being widely played across industrial towns and cities.

Mecca began its history in May 1961 when it opened its first bingo hall in London, the Gaumont Peckham. Today there are more than 70 Mecca venues across the UK.

Mecca is asking people to share their treasured memories, be that photographs, anecdotes, stories or memorabilia, on social media with the hashtag #MeccaMemories. Visit Mecca Bingo to find out more.