Home News General News For the love of bingo… 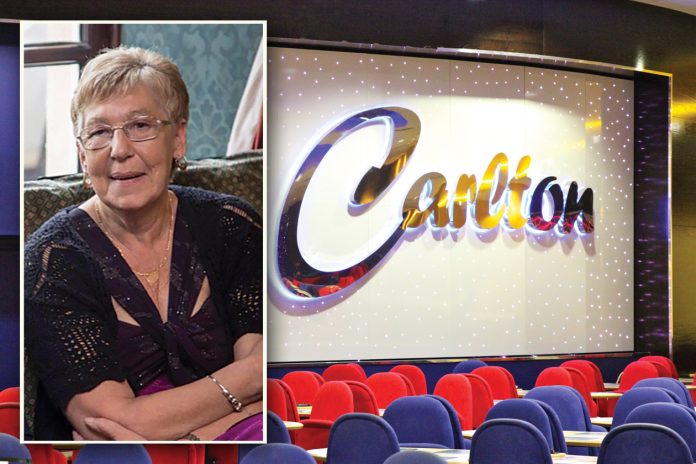 Lorraine is a well known, or as the locals would say “well kent”, face to bingo players across Dunfermline, having spent the majority of her 40 year career with Carlton Bingo in the town.

Lorraine started her Carlton career at the Alhambra Club in the centre of Dunfermline (now reverted back to a theatre) on the 10th April 1980, which at that time offered both cinema and bingo entertainment. She worked her way through the ranks to cashier, Assistant Manager and eventually, Manager of the club. Lorraine began working for CAC Leisure who were the biggest independent cinema operator in Scotland based in Inverness and who became Carlton Bingo following a management buyout in the 1990s. After celebrating her silver anniversary at the Alhambra in 2005, Lorraine moved on to Carlton’s new build club in the town, which opened in 2005, where she has remained as Deputy Manager ever since.

A hugely respected member of the Carlton team and once met, not forgotten. On being asked what were her favourite memories from the last 40 years she was hard pressed to come up with a top five, or even a top ten, as over the years she felt there had been so many, with both customers and staff, but she will never forget the send-off she received at the Alhambra from staff and customers in 2005, which was the club’s closing night before relocating to the new site. She said, “The support and thanks from everyone that night was overwhelming.” However, Lorraine did come back to us and said that as well as the send-off from the Alhambra she recalled one very specific incident that was truly memorable and only funny now that she looked back. It involved a trainee at the club, who somehow managed to break the safe, causing it to be jammed shut. Not so funny at the time as there was a delay of six weeks before they could get it open!

Everyone at Carlton knows that Lorraine is unique – so unique she is the only member of the company that has spent a 40th work anniversary in Covid lock down! Company arrangements to celebrate this special milestone which included a celebration dinner in The Dome, Edinburgh had to be put on hold this spring but everyone is looking forward to the event being re-arranged so we can properly recognise a truly outstanding service achievement at a future date.